Planosss reborn said:
Workers in this country are paid quite handsomely compared to much of the world.
Click to expand...

cool, workers in the rest of the world are also extremely exploited and should be paid significantly more. just like workers in america
D

happygoth said:
I understand why people get worked up over it, but eh, it's the way of the world. I sure wouldn't want his job. Hell, I wouldn't even be a leader again. Too much stress, not interested.
Click to expand...

Exactly. Being able to clock out and forget about work, have a life, privacy, the ability to screw up on the job without making front-page news? That's priceless to me.

If anyone is able and willing to do Brian's job for a fraction of his salary, I'm sure Bullseye would be thrilled to save all that money.
Last edited: May 1, 2021

sunnydays said:
cool, workers in the rest of the world are also extremely exploited and should be paid significantly more. just like workers in america
Click to expand...

Its America, not america.
C

Tarshitsucks said:
I got the same exact raise too and I was very unhappy about it too. Also as usual I got insulted by this raise and insulted with their reasoning for it too.
Click to expand...

I got the same and after thinking about it for a few days I decided to say something. I went to etl and tl and told them why I thought I should be a 3. I work the truck and was going to stay late and finish up some stuff but thought why if no one appreciates the extra effort. Afterwards I told them no hard feelings but I needed to get it off my chest. Each person should be evaluated honestly for their work attendance and performance. There should not be a cap on number of 2's and 3's given (if there is in fact a cap per store). Target does a lot of things correctly such as diversity and inclusivity but giving a job performance review based on random things is not something done correctly. I am motivated by people appreciating my work and not money so to me it was a slap in the face. I take pride in my area and my work.
F

socalsailor said:
If you aren’t happy with your pay find another job! Target pay twice the federal minimum wage $15 is plenty, not be rude but if you aren’t a TL target is job not a long term career
Click to expand...

The federal minimum wage is outdated and needs to be adjusted. As for the $15, $15 in Alabama is a whole lot of money compared to NY, NJ, or CA.

Frontlanegirl said:
The federal minimum wage is outdated and needs to be adjusted. As for the $15, $15 in Alabama is a whole lot of money compared to NY, NJ, or CA.
Click to expand...

My take is to get rid of team leaders and give their extra dollars to every single TMs as they are already in charge of their own isles and departments. All TL do in my store are middlemen who passes on messages from ETLs. Ever since they made us in charge, it felt like TL became obsolete.

Poofresh said:
My take is to get rid of team leaders and give their extra dollars to every single TMs as they are already in charge of their own isles and departments. All TL do in my store are middlemen who passes on messages from ETLs. Ever since they made us in charge, it felt like TL became obsolete.
Click to expand...

The TLs in my store have no choice but to work, otherwise shit wouldn't get done. They have to pick up the slack when there's no coverage.

happygoth said:
The TLs in my store have no choice but to work, otherwise shit wouldn't get done. They have to pick up the slack when there's no coverage.
Click to expand...

Same here, but only because people are quitting. They're fed up with management and overall atmosphere. Morale is low
S

Poofresh said:
My take is to get rid of team leaders and give their extra dollars to every single TMs as they are already in charge of their own isles and departments. All TL do in my store are middlemen who passes on messages from ETLs. Ever since they made us in charge, it felt like TL became obsolete.
Click to expand...

Kiss no butts, give no fox 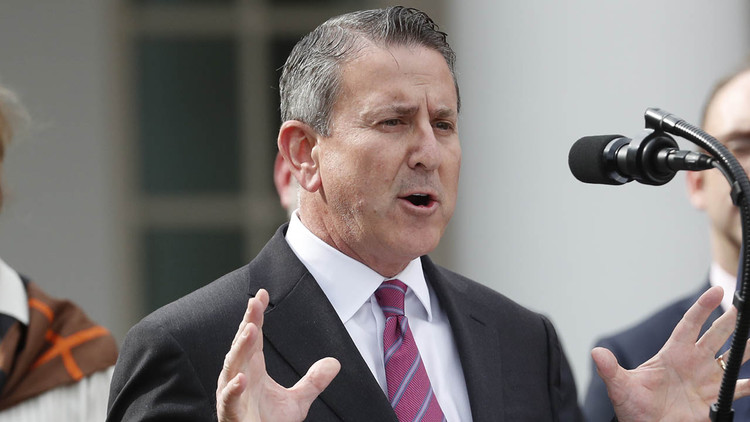 According to a proxy filing by the retailer, Cornell's base salary remained at $1.4 million. However, he earned a $1.12 million incentive bonus tied to the company's sales and income performance. The majority of Cornell's compensation came from long-term equity awards that were either vested or...

Corporate greed, A company who lies and claims to care and give a fuck about employees but make too much for a position that involves sitting in a office most of the time. Wish a lot of people will wake up and find jobs that aren’t big corporate run and find the best options possible for themselves. Big corporations is screwing the modern work world.

Now it came to pass, when the cost of living began to multiply on the face of the Earth, that the team members of the stores saw the unionized companies, that they were happy, so they took votes and unionized, and worked all the hours that they chose. And BRIAN saw that the happiness of the team members was great in the store, and that every intent of the thoughts of their hearts was only pay and benefits continually. And BRIAN was sorry that he had hired them on, and he was grieved in his heart. So BRIAN said, "I will destroy the teams whom I have hired unto my stores, both salaried and hourly, TM and TL, for I am sorry that I hired them." But the store director found grace in the eyes of BRIAN.

And BRIAN said unto the store director, "The end of all unions is come before me, for the schedule is filled with hours through them; and behold, I will destroy them with the store." And it came to pass, on that day were the valves of the plumbing broken up, and the sprinklers of the fire suppression pipes were opened. And flooding was upon the store forty days and forty nights. And the waters prevailed exceedingly in the store, and all the high mountains of repacks and casestock were covered. And all those perished who worked in the store, all of the ETLs and TLs and every team member who was in the union, and only the store director remained alive, and those who had transferred with him to other stores.
Last edited: Today at 4:38 AM
N

Is he overpaid? Sure. Is his brain worth $77.5 million a year to humanity? Not a shot. But is that position really overpaid as much as a lot of you would like to claim? Eh, probably not. Certainly not for the reasons that you claim. I claim he's overpaid because he's going to fuel the fire of the company burning to the ground over a number of years/decades as he and the rest of the board further destroy the brand and continue to make the stores look worse and worse. But that's not what any of you are bitching about, so I digress... let's get back to it.

If Brian Cornell worked that job for free (something that absolutely zero of you would do) and redistributed his earnings back evenly to all team members company wide, you would all get a big fat whopping $209 extra a year. Let me break that down further for you. That means, getting paid every 2 weeks, you'd get an extra $8 a paycheck. Hardly enough to make any actual difference in your lives. You know where that money would go? Most of you would use it to go 1 extra time to McDonald's every two weeks instead of eating at home. And that's it. That's where that money would go.

All some of you see is a big number and your brain shuts down and you become outraged. We live in a clickbait culture where people don't think for themselves. Truth be told, people have never thought for themselves, but technology has made it exponentially worse.

Shut the fuck up, stop worrying about bullshit that has absolutely nothing to do with you, and start asking the right questions. Such as, how am I improving my life? Can I control this? No, I can't. Knowing that I can't control it and knowing that it has no actual impact on my life, what can I do to improve my life instead of sinking energy into some bullshit that is not only not going to benefit me, but it's actually going to detract from me.
Last edited: Today at 10:07 AM
N

The Dude Abides said:
On tonight's episode of when poor people simp for the ultra-wealthy.
Click to expand...

On tonight's episode of people that are detached from reality and focus on other people more than they focus on improving their own lives.

It's hard to stand by & see that Brian is pulling in such an obscene amount when the top percentage for raises was dropped 1%.
Sure, it's only 1% but for one of our long-timers who has consistently delivered it's a difference of 15 cents this year.
That may seem like chump change but this TM hustles & always averages 40+ hrs a week so, based on 2080 hrs a year, that 1% cost them $312 without taking into consideration OT, vay-cay use, wellness, etc.
Now multiply that by 370,000 & it would be well over $115M but you also have to adjust for the fact that not everyone would be earning a DEO.
But factor in how many TMs were impacted by the percentage reductions at all levels & it could still be enough to match or even possibly exceed Brian's compensation so don't fault people for feeling salty about Brian's bucks (I mean, really....does someone REALLY have to paid so obscenely when many workers are working second jobs or are on foodstamps?) when everyone else is getting skimmed off the top.
Share:
Email Share Link
Top